The unexplained history of Oregon Hill contributes to Virginia being recognized as one of the most haunted places in the country. Oregon Hill was given its name in the 1700s when folks who moved there said they might as well be moving to Oregon with the fight to travel up the hill.

Atop a bluff north of the James River is a town packed full of history. It’s no wonder people believe that it’s haunted. Lives were lived, lost, and buried here over the years. Although many houses and buildings have been demolished and replaced, the land itself has abundant historical tales to tell

Whether you believe in ghosts, the afterlife, or the paranormal, you can feel the intense history in Virginia. And Oregon Hill is no exception, it is one of the most reportedly haunted areas in the Commonwealth.

William Byrd III, son of Richmond’s founder William Byrd II, built a family estate on the bluff in the 1750s. The views of the James River were astonishing, and Byrd spared no expense in designing and building his family fortress. He also built and refurbished a country house he named “Belvidere” (or Belvedere).

Byrd previously built and refurbished the Westover Plantation house in 1750 on land his grandfather William Byrd I bought in 1688. Byrd and his family used both residences until Byrd sold Belvidere to pay his debts in 1776.

The man lived his life with luxuries he couldn’t afford and dug himself deeper and deeper into debt.

Over his head in debt

Coming from a wealthy family, his parents made sure William and his siblings lived a life of royalty, accustomed to having whatever they desired. However, William was notorious for being a gambling man. He started a lottery to sell off portions of his estate that never panned out how he had hoped. Horse racing, poker, and dice games were part of his gambling addiction that added to his extreme debt.

Byrd managed to acquire mountains of debt at a young age but kept living high on the hog and giving himself and his family want for nothing.

Byrd married Elizabeth Hill Carter in 1748, and they had four sons and a daughter together. They lived at Belvidere for a short time before Elizabeth’s death.

When they married, Byrd took on the enormous and complex duty of the vast estate. The estate consisted of over 179,000 acres of land, hundreds of slaves, numerous fisheries, vessels, warehouses, mills, and a store. It was complicated coordination, but Byrd handled it with style and grace.

In 1756, Byrd disowned his wife and volunteered for service. While he was away, she wrote him pleading letters of love to come home. Byrd never saw his wife again because she died despondent four years later. Some say she died by accident, and some say by suicide. Either way, it was a tragedy. Her death is said to have taken place in Westover.

A year later, Byrd married Mary Willing, and they have four sons and six daughters. They lived in Westover with Byrd’s mother, who died in 1771.

Some accounts say that Elizabeth died at Westover after her mother-in-law told her she would find letters from William’s lovers in a bureau’s top drawer. Desperate for proof of her husband’s infidelity, she pulled out the bottom drawer from the bureau to stand on being too short of reaching the top drawer. When she did this, the bureau fell on top of her killing her.

No Way Out for Byrd

Byrd’s debts kept growing, and although he was an honest and just man, he couldn’t shake the gambling monkey off his back or cut back on his luxurious lifestyle.

Eventually, Byrd had to sell off belongings to try to cover his debt. In 1776 Byrd sold his beloved country home Belvidere to Daniel Hylton. He lived out his days in Westover. Sadly, in Jan 1777, at age 49, Byrd committed suicide.

The end of the Belvidere House

Belvidere changed hands several times until 1814 when William Anderson purchased it. Anderson did not use the house as a private residence, and it became a boarding house until 1854 when it burned down.

In 1817 Oregon Hill began to form. Small plots of the Byrd Estate were sold, resulting in the community called Sydney (or Sidney), which is now part of the Oregon Hill neighborhood. Purchasers of the plots built cottages rented to workers of the nearby Tredegar Iron Works. This set the stage for the growth of Oregon Hill in the latter half of the 19th century.

Richmond’s Tredegar Iron Works was the most extensive ironworks in the Confederacy during the American Civil War. Along with the workers at Albemarle Paper Company, they rented the houses in the Oregon Hill area to middle-class workers of Tredegar Iron Works.

Oregon Hill started to take shape in the 1840s. In the early years of the forge, workers were free and enslaved African Americans and German, Irish, Italian, Welsh, and other European immigrants. They lived close to each other, sticking to their native languages and customs while striving to become part of the greater Richmond community.

When Tredegar’s major growth spurt in the 1840s and 1850s hit, Oregon Hill began to expand.

The growth of Oregon Hill

Industrial work is for the tough and is hard and grueling in most cases. Some aspects can be tedious and monotonous. Overworked and underpaid, these workers’ families lived decent lives as they wove and built their community together.

In the late 1800s, the Virginia State Penitentiary was built north of the James River near Oregon Hill. The penitentiary caused the neighborhood to become less desirable to homeowners, and they started renting them out to the workers. Oregon Hill became isolated from the Richmond society, which meant they were pretty much on their own.

Birth and Haunting of Hollywood Cemetery

Where there is a town or city, there needs to be a cemetery. Hollywood Cemetery was established in 1847 and is truly picturesque. There is a park that Richmonders, as well as Oregon Hill residents, can enjoy. With its rolling hills and winding paths overlooking the James River, it’s one of the most beautiful resting places in the country. It’s also the reported home to many spirits who roam the area. One ghost is even a dog.

The cemetery has over 18,000 soldiers buried and prominent figures James Monroe, John Tyler, and Jefferson Davis. There are a reported 28 Generals, including George Pickett and J.E.B. Stuart, buried in Hollywood Cemetery.

With all of the political and military figures buried within its gates, along with the ordinary people buried there, you can understand why Hollywood Cemetery is one of the 10 top haunted places in the Richmond area!

One of the most prominent residents of Oregon Hill that no doubt lingers around the area in the afterlife was homicide investigator Ray Williams.

Born and raised in a strict upbringing in the notorious Oregon Hill district, Williams was a 24/7 police officer and homicide investigator for over forty-five years. His childhood started in one of the toughest neighborhoods around. Street fighting became the do-or-die and the interpersonal relationship for the young men who grew up there. Many of these men ended up doing time in the nearby state prison.

Ray’s father was an alcoholic, and his mother was a working-class woman. They struggled on welfare and faced several evictions, and eventually, he and his five siblings were sent to foster homes for four years, and two of his siblings were adopted.

When Williams was 12, he witnessed a neighbor getting shot in the neck. It was a fight to exist in Oregon Hill as crime and poverty took over the neighborhood.

Williams reported how he used to run from the cops when he was young. He and the boys in the neighborhood would get a blank pistol and fire six shots when police drove by. Then they would run to a third-story roof of one of the row houses and watch the police trying to find them!

Beyond his hoodlum days

His mother re-married, and his step-father stepped up to the plate raising Williams and his siblings properly. Because of a stern step-father, William was one of the lucky ones to make it out of the neighborhood. His infatuation with becoming a police officer turned into a reality and lifelong career. He became a notorious and well-loved homicide investigator in Richmond, the murder capital of the world at the time.

One of the calls he received early in his career was investigating a dead body in a vacant house on Oregon Hill. It was his father, he had apparently died of alcohol poisoning.

A sad story of a man who survived the Bataan Death March of World War II and the aftermath of the tragic experience.  He died drunk in a vacant, dilapidated old house on Oregon Hill.

Williams helped solve several prominent cases during his career, including the Southside Strangler in 1981-82, the Briley Brothers killing spree in 1979, and the Richmond Spree Murders/Harvey Family Murders in 2006.

On his deathbed in 2017, he would still configure notations with his finger in the air. He was forever calculating and figuring out who did it. Interestingly, one of his ways of investigating photos of a crime scene was to turn them upside down to see it from an opposite perspective. He was forever an investigator and no doubt has carried it into the next realm.

Maybe Ray sticks around roaming the streets of Richmond in the afterlife, helping with clues for murder crimes in ways only those who believe notice.

Once the Byrd Estate from centuries ago, Oregon Hill is a cursed section of land on the outskirts of Richmond. Between the cemetery and the former prison where executions were carried out and the hard life from tough times economically, there is no denying that the area is saturated with the non-living in their afterlife. Some may stick around because it’s all they ever knew. Some because it was a place they loved before times fell tough. And even Ray Williams may stick around to help solve the city’s murder cases like he did most of his life and up to his death.

Many older houses have been torn down and modernized, so the old neighborhood doesn’t exist anymore. However, the haunted history continues as the years go on and the world changes.

Take one of our ghost tours of the area and decide for yourself if you feel the haunted history of Virginia.  You may even see or hear something prowling the streets of this historic area.

Please read our blog for the more haunted history of Richmond! 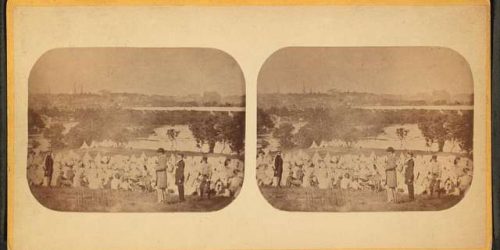 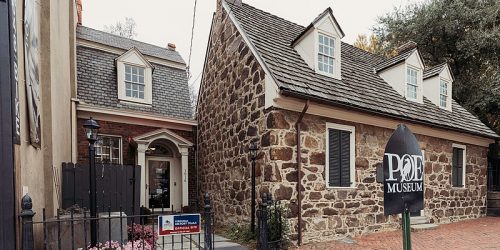